Tackling Marine Pollution on Our Shores: A Beach Clean-Up with OMERS 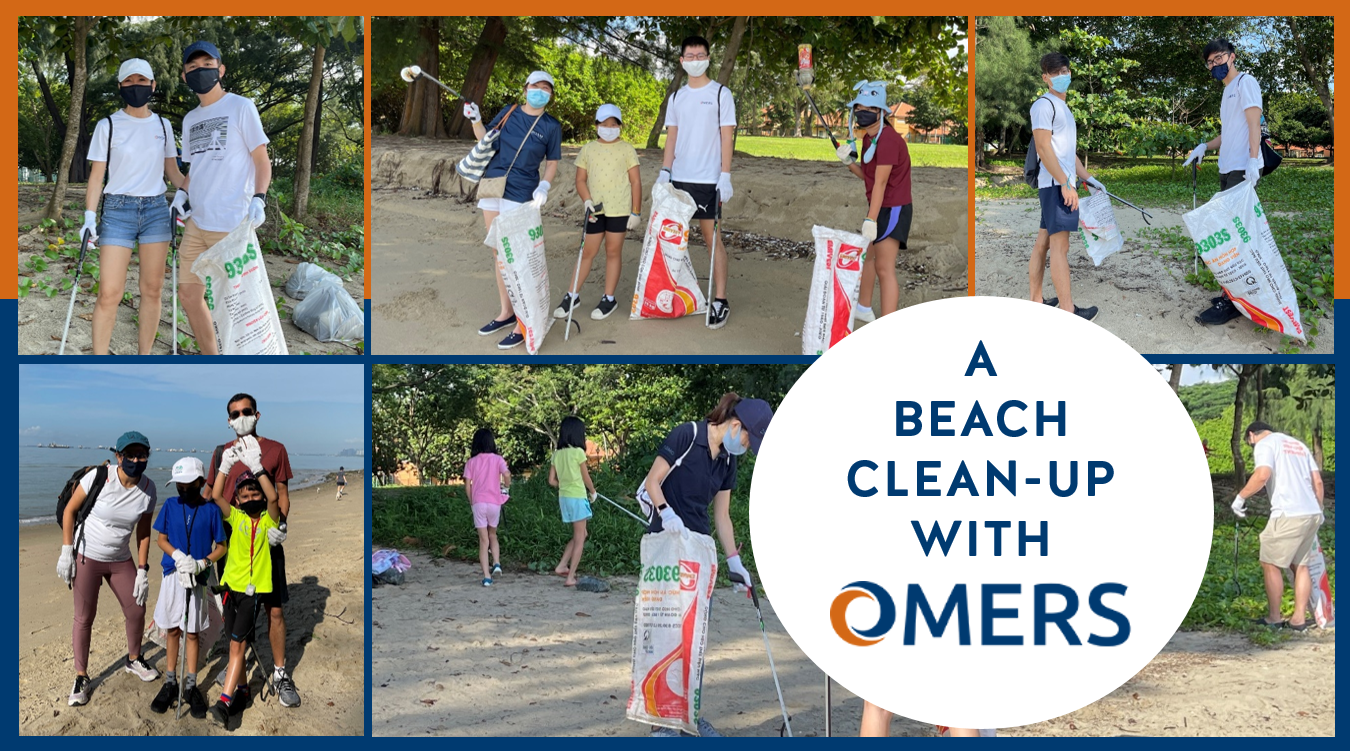 Marine Pollution is much closer to our shores than we may think, but we can all play a part in reducing it, be it by reducing consumption or disposing our waste properly. To raise awareness about marine waste and to support a cleaner, safer environment, OMERS, a tenant of One Raffles Quay North Tower and part of the By The Bay community, participated in a beach clean-up. Organised by Raffles Quay Asset Management (RQAM) and By The Bay, the event was a joint effort to collect waste and debris washed ashore in Changi Beach Singapore.

Facilitated by Seven Clean Seas (SCS), a dedicated Ocean Cleanup Organization based in Singapore, the community event saw OMERS staff and family members donning hats and hand gloves as they hunted for waste that did not belong to the beach. 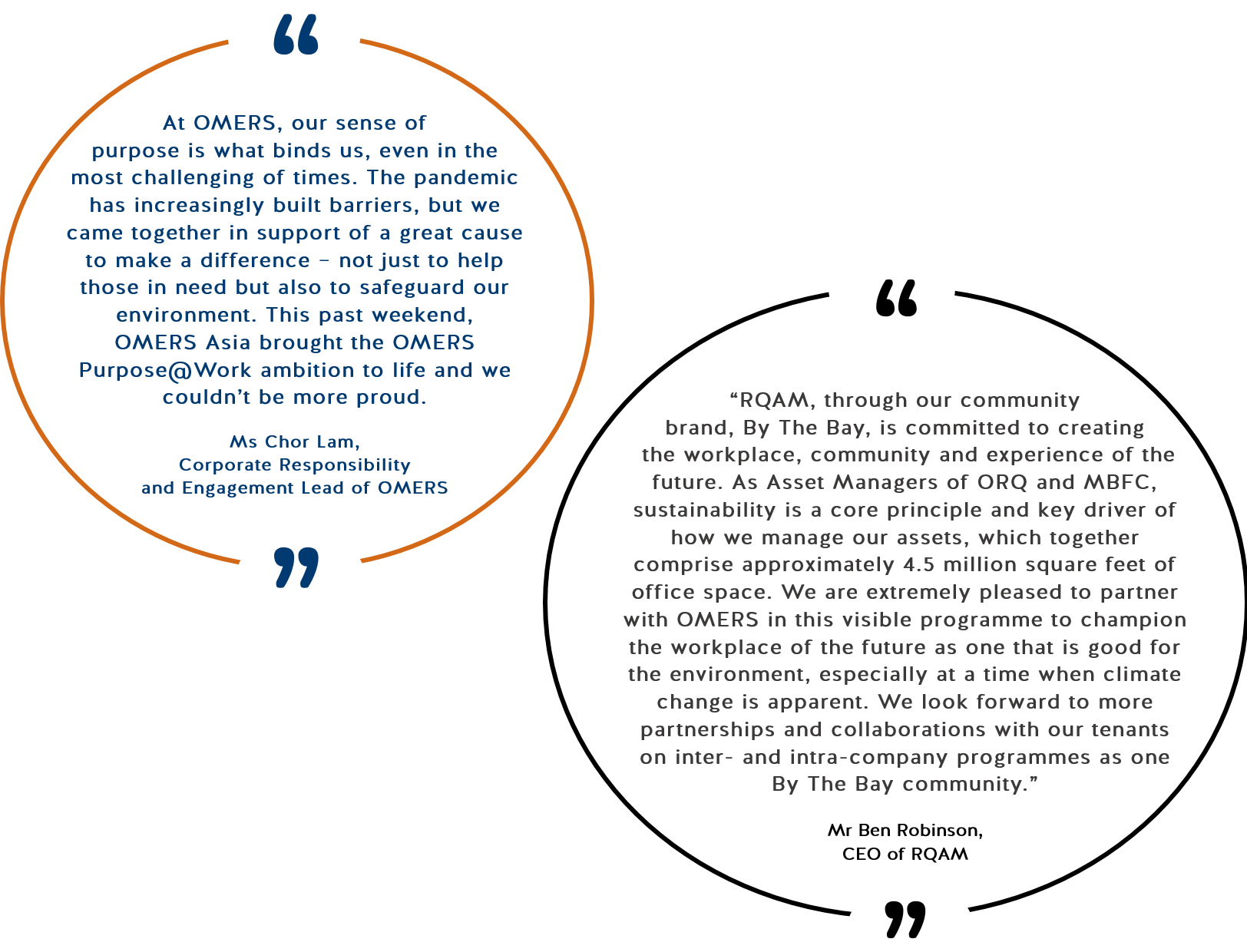 As a first-time tenant participant in the beach clean-up, Ms Chor Lam, Corporate Responsibility and Engagement Lead of OMERS, who is based in the corporate office in Toronto, said: “At OMERS, our sense of purpose is what binds us, even in the most challenging of times. The pandemic has increasingly built barriers, but we came together in support of a great cause to make a difference – not just to help those in need but also to safeguard our environment. This past weekend, OMERS Asia brought the OMERS Purpose@Work ambition to life and we couldn’t be more proud.”

Mr Ben Robinson, CEO of Raffles Quay Asset Management (RQAM), added: “RQAM, through our community brand, By The Bay, is committed to creating the workplace, community and experience of the future. As Asset Managers of One Raffles Quay (ORQ) and Marina Bay Financial Centre (MBFC), sustainability is a core principle and key driver of how we manage our assets, which together comprise approximately 4.5 million square feet of office space. We are extremely pleased to partner with OMERS in this visible programme to champion the workplace of the future as one that is good for the environment, especially at a time when climate change is apparent. We look forward to more partnerships and collaborations with our tenants on inter- and intra-company programmes as one By The Bay community.”

By the end of the 3-hour session, a total of 140 kg of waste was collected. A mini scavenger hunt competition held during the beach clean-up not only made it fun and engaging, but educational at the same time. Winning teams were lauded for collecting the heaviest amount of waste, finding the most unique item and posting the most creative photo. 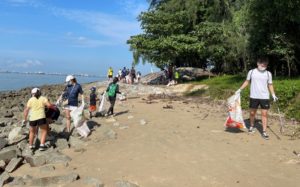 The team went straight into action after a quick briefing. 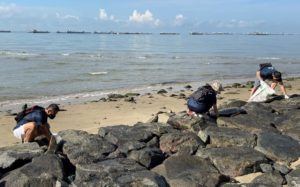 Picking up waste stuck in between and underneath the rocks proved to be a challenge for participants. 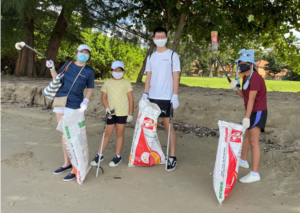 Participants with their waste collection bags. 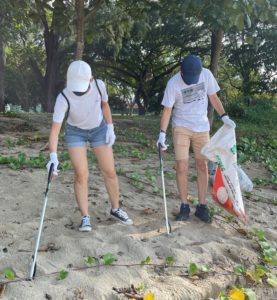 Specks of styrofoam and cigarette butts were among the most commonly found waste items on our shores. 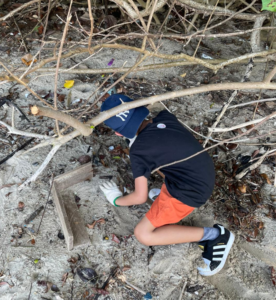 Team 8 won the category for the most creative photo, which was captured during this moment. 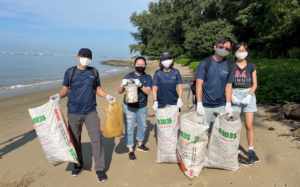 Team 9 collected the heaviest amount of waste, at 30 kg.

Amongst common waste items such as plastic bottles and bags, disposable cutlery, styrofoam and cigarette butts, some rather unusual items like decorative flowers, plush toys, and a mop head were found. SCS, which has been managing beach clean-ups since 2018, said this was the first time a damaged lifebuoy ring was found. 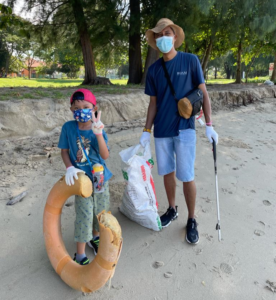 Hey Dad! Look what I’ve found! – Iskandar Juraimi’s son found a damaged lifebuoy ring. The team of 4 won the category for finding the most unique item.

The beach clean-up was an eye-opener for many OMERS employees, even as conscientious adults, and was an important educational activity for their children. Participants went home with a smile on their faces and joy in their hearts, with the knowledge they played a small part in bringing positivity and giving back to Mother Earth.

Look out for our monthly community events, activities and promotions on the new By The Bay website, or download the By The Bay App and register early to participate.

*The event was conducted in line with social distancing measures outlined by the authorities. 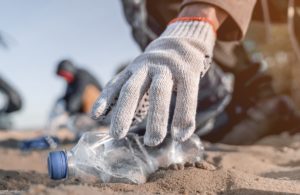 Why Beach Clean-Ups Are Important

We have heard much about air and land pollution, but how many of us have considered the effects of marine pollution? Beaches are a vital part of the ecosystem. In addition to providing recreation and leisure, they play an important role in mitigating climate change.

According to a 2015 report by the Ocean Conservancy and McKinsey, more than 80 percent of ocean plastic came from land-based sources, and 80 percent of that came from uncollected waste. It is also worthy to note that more than half of all plastic waste found in the ocean came predominantly from five Asian countries: China, Indonesia, the Philippines, Vietnam and Thailand.

Doing our part in cleaning up the beaches is a great start in reducing the amount of waste in the sea, as we get to dispose of it before it gets washed back. This helps to save marine animals and preserve our natural treasures by keeping toxic chemicals out of the water. Joining a beach clean-up exercise goes beyond the day’s activity and might also make you think twice about how you discard your trash in the future.

If you are part of the By The Bay community and would like to collaborate with RQAM on your organisation’s staff engagement and development activities, write to us at management@rqam.com.sg.